In solidarity for freedom – freedom of public assembly, freedom of identity and freedom to love! 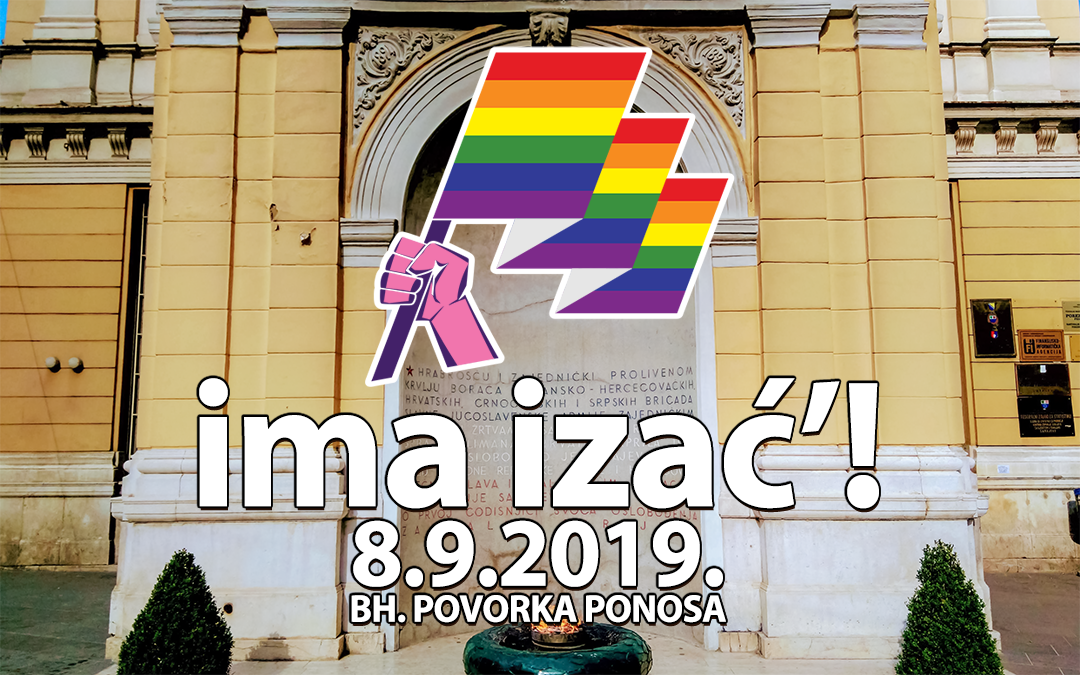 Five months and seven days have passed since we publicly announced our intention to organize the first Bosnian-Herzegovinian Pride March on the 8th of September. Tomorrow will not be the first time that we, lesbian, homosexual, bisexual, trans, intersex and queer people and our families, are coming out into the streets to fight for our rights. But tomorrow, for the first time, we will stand united in our struggle to say that we are fed up with daily humiliation and with being forced to live our lives between our four walls. Tomorrow, together we shall send a message that we exist and that we shall never again allow anyone in this country to beat us up, lock us away, kick us out of our homes, and prevent us from living a dignified life.

LGBTIQ people in BiH are forced to live their lives out of sight, isolated and rejected, facing discrimination and violence in public, but often also in private spaces – by their families, by people in the streets, at their workplaces, in their schools, universities, public institutions, and cafes, where they have to be hidden, restrained, and silent about their feelings, identities, and views.

Our reality is that we live in fear of violence and rejection. Presently there are no safe public spaces for LGBTIQ people in BiH.

We are LGBTIQ, but we are also workers, the Romani, unemployed, people with disabilities, sisters and brothers, daughters and sons, mothers and fathers, and citizens of BiH. The dire economic and social conditions in the country, unemployment, murky privatization, emigration, air and water pollution, selective application of the rule of law, all the other problems are hitting us as well.

Reducing our existence to nothing but our sexual orientation, gender identity or sexual characteristics justified the ongoing dehumanization and violence. That is why it is necessary to come out into the streets and use our constitutional right to peaceful assembly to say that we are fed up, to say that we are here and that we have always been here.

Homophobia, transphobia, prejudice, and violence do not only affect LGBTIQ people, but also our families and friends. Hatred keeps our entire society in shackles.

Tomorrow we have an opportunity to say out loud that Bosnia and Herzegovina can do better, that it can be more inclusive and united, that there has been too much hate in BiH, and that it is time for love to prevail.

Tomorrow we shall come out into the streets for all of us, but also for all of those LGBTIQ people who are still unable to join us because they fear violence and rejection.

You can support us as well.

You can be the change.

Let us walk through the streets for the sake of us all.

In solidarity for freedom – freedom of assembly, freedom of identity and freedom to love!