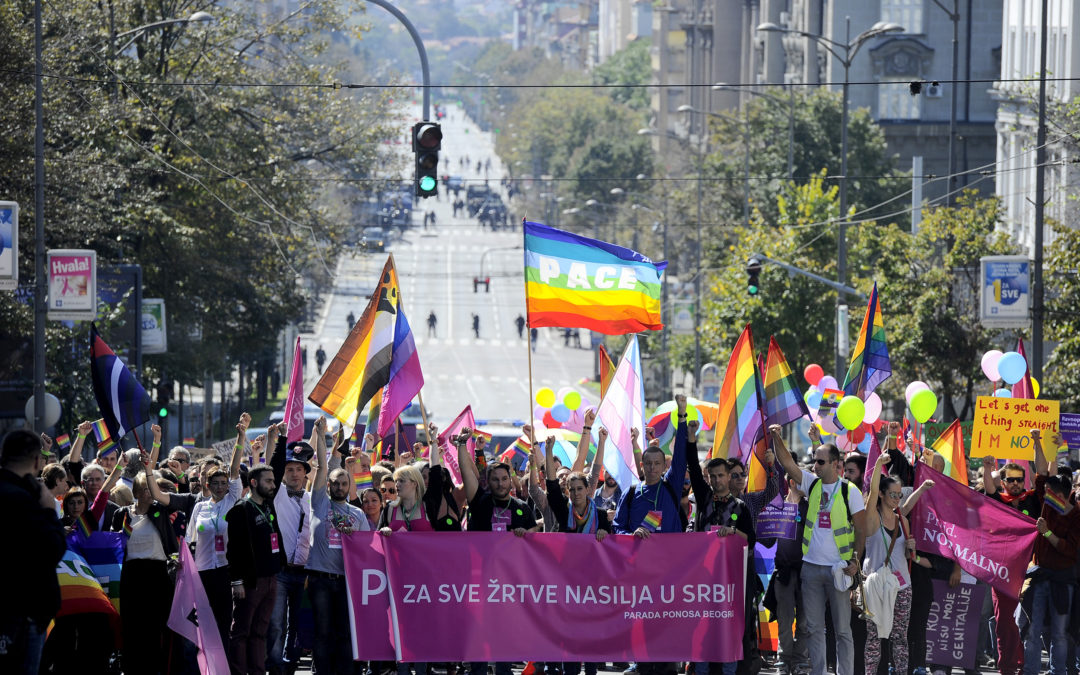 Organizations, activists and volunteers gathered around Belgrade Pride are organizing the annual Pride March as well as Pride Week with the goal of raising awareness of the problems of continuous violation of human rights of LGBT+ persons, systematic discrimination, deeply rooted hatred towards the LGBT+ community and inequality in the legal as well as in other aspects of the lives of LGBT+ persons. Along with raising awareness of the problems the LGBT+ persons are faced with, the goal of Belgrade Pride is to utilize Pride Week and Pride March to open the discussion on topics relevant to the LGBT+ community, promote Queer art and celebrate the diversity of people in a system that instead of empowering it most often chooses to suppress it.

As the Organizing Committee of Belgrade Pride, we strongly believe in democratic principles of the freedom of speech and assembly, rule of law and equality of all citizens.

We think that the LGBT+ community of the whole region is faced with the same problems, and we would like to use this letter to show solidarity with the activists gathered around BH. Pride March. We hope that you will successfully overcome the continuous pressure you are exposed to and we are sure that the rule of law will prevail in Bosnia and Herzegovina, thus giving the citizens of B&H the opportunity to exercise their right of equal access to the public space. We strongly believe that the fight for human rights and equality should be a priority, and we hope that the responsible institutions in B&H will do everything to enable a successful and safe BH. Pride March.