IN SOLIDARITY WITH BOSNIA AND HERZEGOVINA PRIDE: LGBTIQ PEOPLE’S FREEDOMS OF ASSEMBLY AND EXPRESSION MUST BE PROTECTED WITHOUT DISCRIMINATION 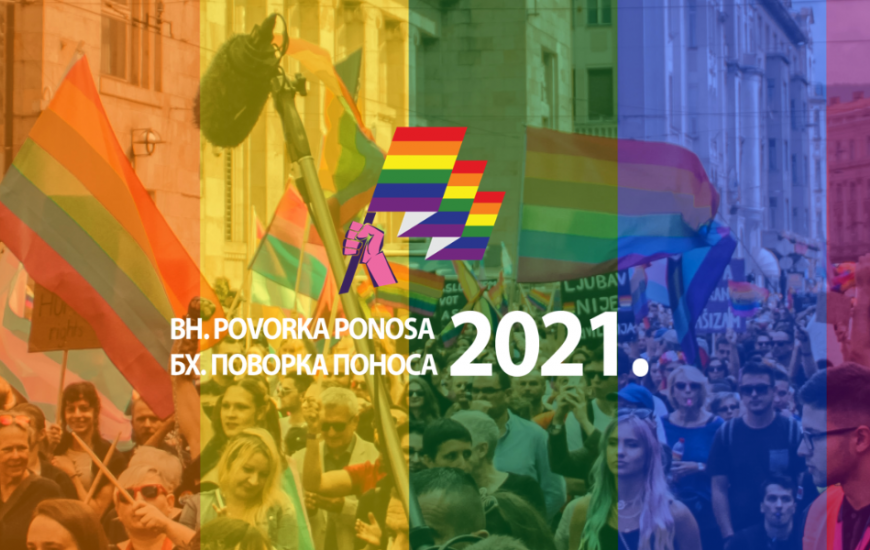 ERA – LGBTI Equal Rights Association for the Western Balkans and Turkey, joins its member organizations, the LGBTIQ movement and community in Bosnia and Herzegovina (BiH), in their demand for an equal and non-discriminatory treatment by the public authorities when it comes to security and safety measures of the event. We share with them the conviction that it is first and foremost, the responsibility of state institutions to properly ensure and guarantee the citizens fundamental and undisputed right to free assembly and expression.

The Organizing Committee of Bosnia and Herzegovina Pride March has agreed to host the thid BiH Pride March on Saturday, 14 August 2021, with the slogan Resistance from the Margins (Otpor sa margine).

This pride march is significant in more than one way. The Covid-19 global pandemic has further amplified the ever-growing issues faced by the LGBTIQ community of BiH. The Committee reports that the rights of LGBTIQ people have further deteriorated in the last year particularly affecting freedom of assembly, increased institutional discrimination and lack of support systems, increased domestic violence and an overall deteriorating of the mental and physical health of LGBTIQ people.

This year, the organizing of the Pride March, has been accompanied by challenges which the committee faced also in the previous two. While the Ministry of Interior Affairs is in favor of organizing the Pride March, they are demanding from the Organizing Committee to obtain additional security measures (metal fences and concrete barriers at certain points of the route). While this is well within the law, the Committee has realized that (based also on the experience of the first Pride March) these additional measures are discriminatory towards the LGBTIQ community. In fact, such measures are not demanded from any other movement or protest in Bosnia and Herzegovina, they are not in line with international standards on peaceful assembly, and are very costly. We note that Bosnia and Herzegovina is a signatory to international conventions concerning this issue and is obliged to implement them.

Therefore, we at ERA, stand by and support the Organizing Committee in their official request to the Government of the Canton of Sarajevo, to provide for these additional measures and ensure the LGBTIQ community’s right to peaceful assembly and freedom of speech. All space must be equally accessible, safe and free to all citizens, and unrealistic and additional security measures must not be required from community organizations. Any demand for additional charges, which has never been applied for other communities and protests, means preventing the community from existing in these spaces.

The LGBTIQ community in BiH has every right to be present in public spaces and to feel safe without having to have security guards around them. However, until that day comes, it is of greatest importance that the police and the government ensure this.