Video campaign showing support for the BiH Pride March: Pride March is for all of us 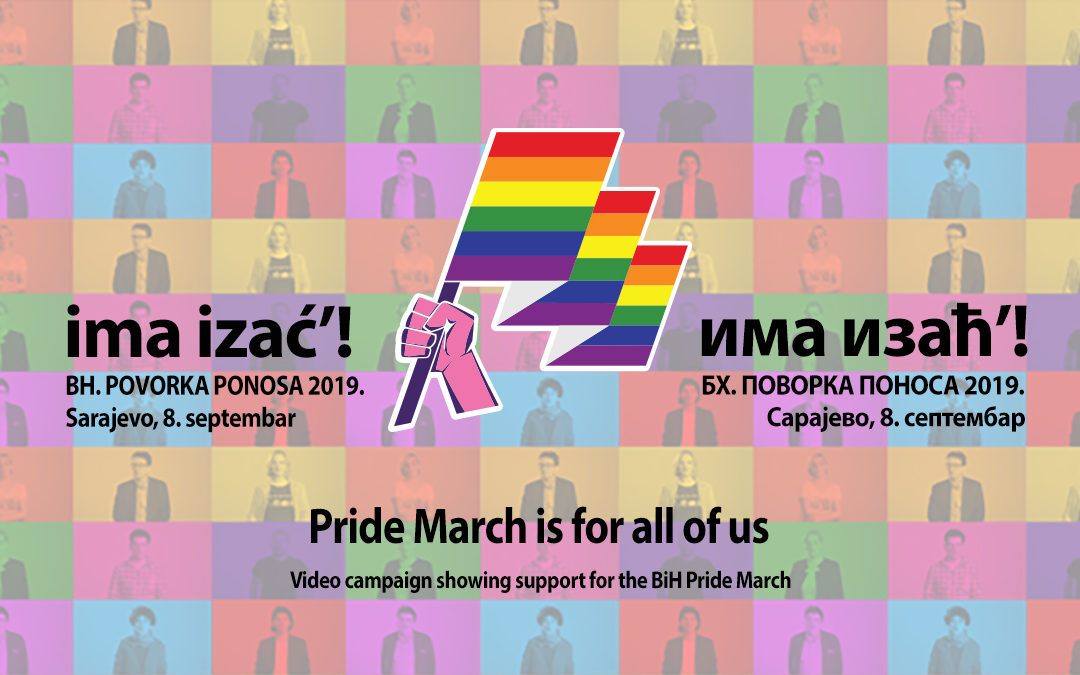 This year marks the fiftieth anniversary of the first ever pride march. In New York, on 28 June 1969, LGBTIQ persons rebelled against daily oppression. They took to the streets and stood up against violence and humiliation, demanding the protection of their human rights. Over the past fifty years, this protest has evolved into a global movement for protecting the human rights of LGBTIQ persons, a movement that has also been present in Bosnia and Herzegovina for more than 15 years. As of this year, part of this movement will also be the BiH Pride March.

On this anniversary, 28 June, a press conference was held in Sarajevo to present video ads with more than 25 public figures. The campaign consists of individual support messages, as well as group messages urging others to show their support for the march.

More than two months have passed since we announced the holding of the first BiH Pride March. These months have revealed everything the LGBTIQ activists had been saying and raising awareness about for more than a decade. On a daily basis, we, lesbians, gay men, bisexual, transgender, intersex and queer persons in Bosnia and Herzegovina, face violence, calls for isolation or persecution, intimidation, and have our freedoms restricted both in the public and the private sphere.

The Organising Committee of the BiH Pride March has been making preparations for the march for over a year, and is investing efforts to make sure it takes place in the best and safest way. The objective of the Pride March is a better and freer life for LGBTIQ people in the entire country. The entire society needs to become involved in the struggle against violence and discrimination, against restrictions or denying of freedoms, so that LGBTIQ people can live in safety and dignity. The Pride March can and, with support from the wider community, will make a difference.

Support is necessary and very important. We have been, and shall continue to repeat this fact. With this in mind, we have launched a video campaign showing support for lesbians, gay, bisexual, trans, intersex and queer persons in BiH. The participants are public figures from the music industry, theatre, film, literary circles, academia, and the media, who feel a social responsibility to unreservedly support and join the first BiH Pride March.

We are inviting other public figures, politicians, and all citizens to join this campaign by recording their own support videos and sending it to us at info@povorkaponosa.ba.

The videos are in Bosnian/Croatian/Serbian, but you can certainly send support in English.