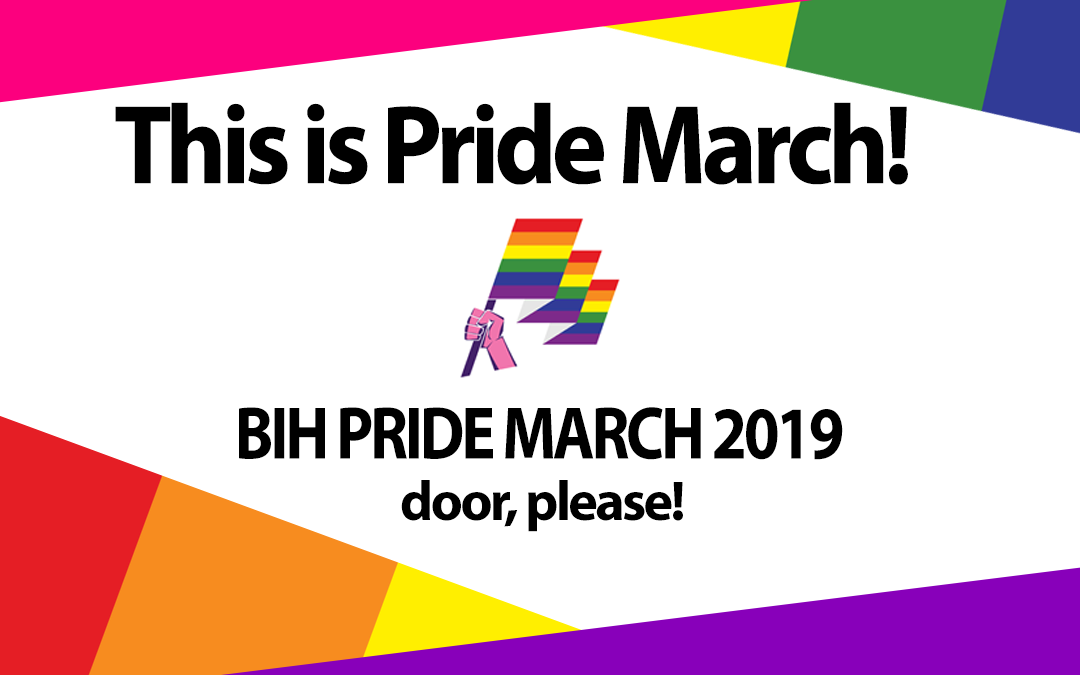 We live in times when visual information travels much faster than written text. Furthermore, 80% of our perception is formed by what is visually available. It is clear that the images of prides marches spread by the media in the region and globally greatly influence the creation of stereotypes about the LGBTIQ community, as well as the way in which this community is treated. The most common prejudice about Prides is that they constitute a form of a carnival.

The fundamental principles and values of BiH Pride March include, among others, equality, solidarity freedom and social justice. It should be underlined that these principles are inherent to democratic societies, whereas a protest is used in democratic societies to raise awareness about the rights of different groups and make them equal. That is why Pride March is an organised protest, due and necessary in Bosnia and Herzegovina.

If you do not know what Prides look like, continue reading and looking. Follow us on social networks over the next few months as we plan to post photos from different Prides from the region and beyond. The intention of this campaign is to show a real picture of the protest march often called Pride.

We use this opportunity to invite all LGBTI persons, but also members of the wider community who participated in Prides around the world to send us their photos for the campaign. We believe that together we can fill the virtual space with photos showing the true meaning of pride marches. Send your photos to info@povorkaponosa.ba or share them on social networks.

We invite you to get involved by sharing photos so that together and once and for all we change the way pride marches are stereotyped.